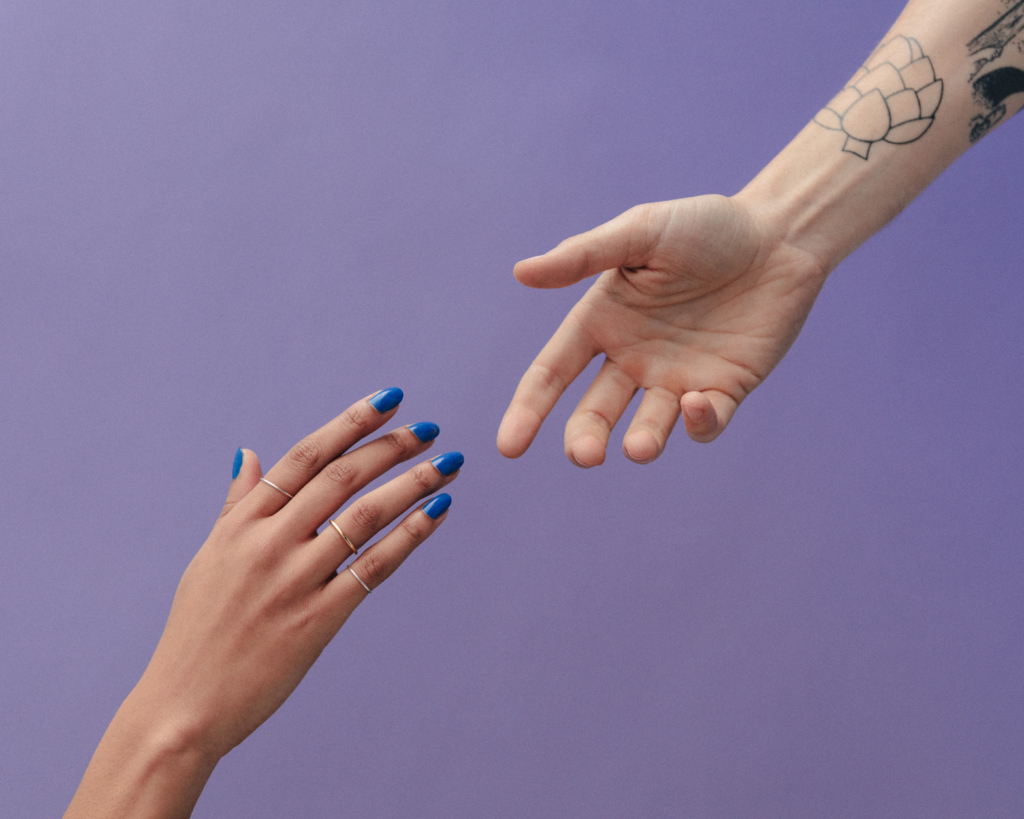 Last week, rumors flew when Miley Cyrus wiped out all her Instagram posts—including the ones of her boo Liam Hemsworth. Entertainment sites rushed to cover whether or not the pair had split up, and although Liam quickly confirmed that they’re very much together in a cute Instagram video, the whole fiasco sparked our curiosity about on-and-off relationships. It’s easy for us to become heavily invested in the coupling and conscious uncoupling of celebrities, sometimes even romanticizing the back and forth aspect of ~complicated love~, but how do normal people handle this relationship limbo when they’re not the ones who are in the spotlight?

“Being on-and-off repeatedly with a partner may indicate that issues exist that are unresolvable,” says Laurel Steinberg, PhD, New York-based clinical sexologist and relationship therapist. “If the couple finds that the same issues arise repeatedly, such as the fact that a partner doesn’t want to convert to the other’s religion, for example, it may be time to end the relationship for good if that conversion is crucial in order to have a future together. Twisting someone’s arm to do things your way ultimately won’t last, and is disrespectful.”

If you’re in the midst of a situationship right now, you may be asking yourself what you need to do to move on and let go. We decided to take up the question with the realest and chillest folks we know: our readers. I posted a callout on our Instagram stories for anyone willing to share their experiences and was reminded yet again that we have the dopest community of all time. In case your mom and best friend’s advice is wearing you down, take it from people who have been in your shoes: this is how our readers decided it was time to end their on-again, off-again relationships, once and for all.

Warning: some of the material below may be distressing for some. Please read with caution.

Don’t Give Into Fear or Pressure

One of the most recurring themes we saw was that people were choosing to stay in a relationship that wasn’t working because they were scared of the alternative. Tara, 27, explained that she and her partner called it quits because they had different versions of what their ideal relationship looked like, but then changed their minds for the wrong reasons. “We would get back together because, at that point, we believed that it would be easier just to be together than to go and start over with someone else,” she says. “I was living at home at the time and everyone was getting engaged—to keep up with that stigma, we just kept [the relationship] going.” Ultimately, Tara said she allowed herself to get stuck in a toxic situation for far longer than she should have.

Sydney, 25, went through a similar situation. She spent seven years with her boyfriend, including a seven-month engagement, but the more he pressured her to get married —which she wasn’t ready for—the further away they grew from one another. “I learned so much from all of this. Most recently, it is vital to self-preservation, to be honest with yourself and know when it’s not feeling right; it’s okay to leave,” says Sydney. “It doesn’t matter who you think you will disappoint or hurt because ultimately it is your life and you have to make yourself happy.”

Communicate Upfront About What You Want

According to Dr. Steinberg, communication is key to figuring out whether or not the relationship is a good match. “Break up with the idea of being an on-and-off couple,”  she says. “Outline the issues that cause you to break up and commit to either working through them once and for all or to deciding to say goodbye.”

Candace, 21, told us that she and her boyfriend were looking for completely different futures. While he saw himself settling down to get married, have kids, and buy a house, she knew her goals included living by herself and becoming a dog mama. Their age difference of a couple of years heightened their differences. “I decided to break it off the final time because it gets to a point where you’re no longer fighting for each other, you’re just fighting,” says Candace. “Once the love disappears from behind the words in a fight, things get monotonous and hurtful. We came from very different worlds and ultimately, neither of us were willing to compromise.”

Sarah, 26, also experienced a falling out between what she and her partner needed from the relationship. They tried to keep things on a sex-only level, but it would always become more complicated because neither one of them dated anybody else during the time they were hooking up. Although she says he helped her feel good about herself and her body, he ultimately couldn’t offer her the support she needed to overcome the trauma she was working through from being molested at a young age. She tried to make it work, but later realized she deserves someone who values her completely for who she is. “He also showed me that I need to be with someone who can communicate with me; he liked to brush things off, and everything had to be on his terms,” she began. “As long as I was working on his schedule it worked. I now know that I have to stand up for myself and my time.”

Listen to Your Gut

Tabbitha, 29, said she spent around eight months on and off with a guy when she was 22 years old. Although they were originally exclusive, they broke up when Tabbitha discovered he’d been texting somebody else. They later decided to get back together and give things another shot, since she wanted to at least give him the benefit of the doubt, only for him to become “flirty and touchy” with another girl during Tabbitha’s birthday party, in front of their friends. Needless to say, that was where she drew the line. “Listen to your gut, it’s right 99 percent of the time. Don’t settle,” she said. “Do your own thing, invest in yourself and as cliche as it sounds, you’ll find love when you least expect it.”

Although her experience wasn’t quite as drastic, Charlotte, 24, also learned the importance of listening to where you are in your life and factoring in timing in order to make a relationship work. She fell in love with her girlfriend during college, but struggled to stay on the same page when she moved across the country and they resorted to long-distance. “So eventually we were on and off and tried about three or four times to make [our relationship] work, but it always felt like we were off—I would be more keen to try at one point and then she’d be more keen to try at another point,” she explained. “I think we kind of became each other’s safety blanket.”

Instead of staying for the sake of what the relationship once was or could be, if you feel deep inside that things aren’t headed in a direction that works for you, it’s probably best to move on.

Stand Up For Yourself

Similar to Charlotte’s story, Izzy, 23, said she kept going back to her S.O. because of the familiarity and comfort, they shared, even when she knew he wasn’t treating her the way he should be. Things eventually blew up when she found out he was communicating with an ex, and she realized that she needed to put herself first, once and for all. “I learned that love should never be forced, and familiarity comes and goes,” she said. “No woman should ever settle for a toxic situation in which she is not taken seriously and where she is not the priority just because she is familiar with the guy.”

Madison, 22, was on and off with a partner for around four or five months. Because she didn’t want to lose them, she accepted the relationship on whatever terms possible—even if it wasn’t ultimately what she needed. She says that although the people around her told her she deserved better, it took coming to terms with it on her own for her to finally break up and move on. “I think I learned the importance of knowing your worth and speaking up when you’re not ok with something,” she said. “The whole experience taught me a lot about myself and what I need from the person I am romantically involved with. Don’t settle for something that doesn’t make you happy.”

Similarly, Cara*, 22, struggled to let go of a relationship because it was with someone she had been close friends with for years before they began dating. He didn’t want to commit the way that she did, but Cara says it was easier at first to overlook labels and continue to spend time together. They did the on-again, off-again routine for months, until Cara realized it was wearing her down more to keep up the trope than to move on altogether. “I’m still really sad to have had to let it go, but I learned that it’s really important for me to stand up for what I want from the beginning,” she said. “Once you start to make compromises, it’s easy to lose sight of your priorities and what matters to you.”

We know every relationship is different, but at the end of the day, remember what it comes down to — your needs and goals matter, and if your partner isn’t meeting them, it might be time to say BAE BYE. 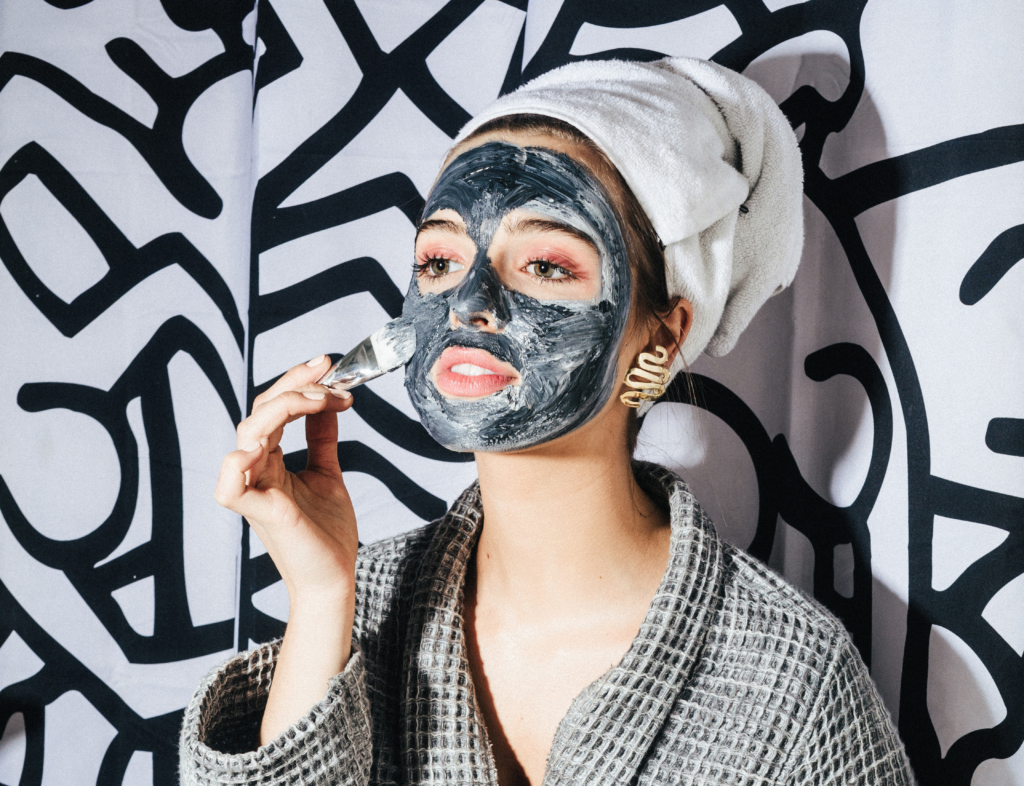