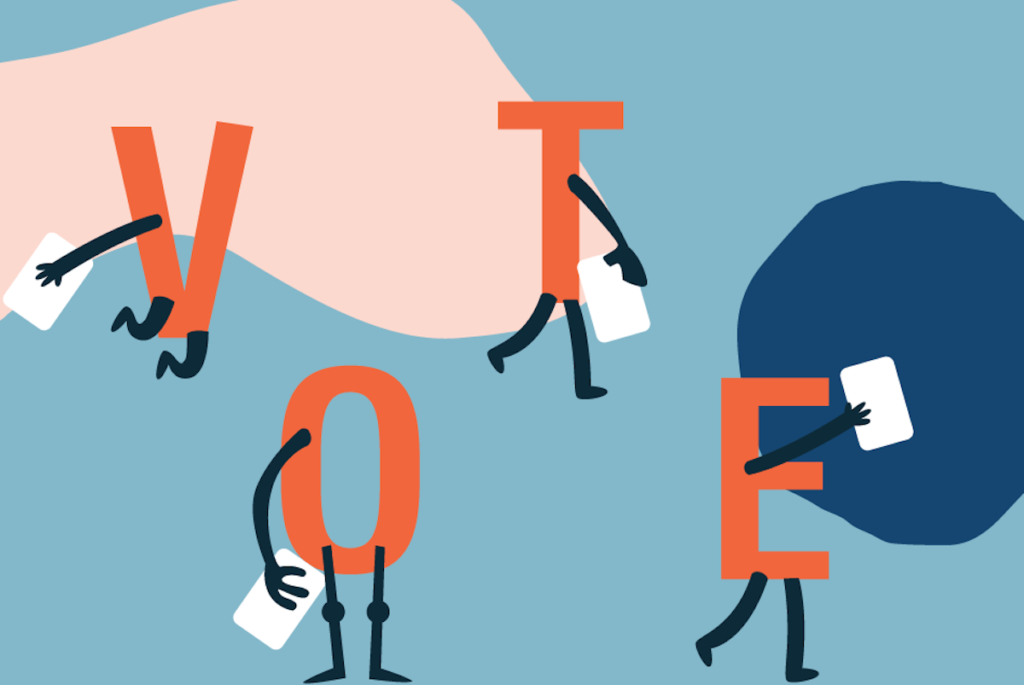 In 2016, our dreams of electing our first woman president were tragically crushed when, in the biggest political upset of our time, Donald Trump defeated Hillary Clinton. Fast forward two years and countless WTF’s from this administration later, we are being introduced to a new class of presidential hopefuls. The field, though crowded, includes a record number of female candidates, upping our chances of making 2020 the year of America’s first woman president. With all respect to (most) of the past presidents, isn’t it time for a change? We’ve got all the information you need about the women who are making a difference. Let’s make HERstory at the polls next year.

Gabbard is the representative from Hawaii’s 2nd Congressional District in the U.S. House. An Army Vet who served in both Iraq and Kuwait, she is also the first Hindu politician to be elected to congress. Though she has had a bit of a controversial past of speaking out against LGBTQ+ community and taking an extreme pro-life stance, she has since denounced these viewpoints after returning from her tour overseas, stating that her experiences led her to reevaluate her view on the government’s role in our personal lives and decisions.

Climate change: If elected, Gabbard would institute a mandate to ban fracking and end the use of fossil fuels for electricity by 2050.

Education: Gabbard is passionate about ensuring fair access to education. She believes in tuition-free community college for all and tuition-free public university for students from families making $125,000 or less per year.

Kirsten Gillibrand, a member of the U.S. Senate from New York, prides herself on fighting for the American family. She has made universal paid family leave the cornerstone of her campaign, reintroducing the FAMILY Act that guarantees new parents 12 weeks of partially-paid time off of work. She is one of the loudest women advocates in politics, speaking out against everything from how the military handles sexual harassment cases, to coming out against #MeToo’s alleged offenders including fellow Democrat Al Franken, to calling out Donald Trump on national TV (#boss). If elected, she has made it a personal mission of hers to only nominate federal judges who advocate for reproductive rights, gun reform, and the rights of POC and the LGBTQ+ community.

Healthcare: Gillibrand believes that health care is a right, not a privilege. A strong supporter of Medicare for All, she wrote the Senate’s plan to gradually transition from a system dominated by private insurance companies to a system that provides universal, affordable healthcare.

Women’s Rights: As mentioned above, Gillibrand is dedicated to fighting for the rights of women and families all across the U.S. She is well-known for supporting survivors of sexual assault and harassment in institutions such as the military and college campuses. She reintroduced Family and Medical Insurance Leave Act, supports codifying Roe v. Wade, and ending the Hyde Amendment which bars federal funds from being used to pay for most abortions, repealing Trump’s gag rule. Most importantly, Gillibrand will work to guarantee that all 50 states have proper access to reproductive health care. Her plan assures that private insurance will cover abortion costs, and health care providers who perform these procedures cannot be criminalized by the state.

Kamala Harris is a member of the U.S. Senate from the state of California. When she took office, she was the state’s first female attorney general of color. She dominated the first democratic debate, where she put Good Ol’ Uncle Joe Biden in his place for his outdated position on bussing. Harris injected personality, passion and poise into each response. Known as The Prosecutor, her law background is both helping and, potentially, hurting her bid. Her ‘tough on crime’ record doesn’t seem to align with the criminal justice reform ideals she is currently preaching, making it hard for voters to get behind her. But, many think that her prosecutorial lingo would come in handy when dealing with President 45’s childlike outbursts.

Immigration: Harris has already taken steps to increase the rights of undocumented immigrants, from implementing job training programs to creating legislation that ensures immunity from deportation in the case of reporting a crime to law enforcement. She has been extremely vocal when it comes to President Trump’s actions at the border by co-sponsoring the REUNITE Act, legislation that aims to reunite families separated at the border. She has also introduced a bill to improve oversight at immigration detention centers as well as a bill to protect unaccompanied migrant children in custody. She’s also a firm supporter of the DREAM act, the Obama-era program protecting young undocumented immigrants brought to the country illegally as children.

Gun Policy: Harris is a supporter of increased gun control, co-sponsoring a bill to ban assault weapons and the sale of high-capacity magazines. While Attorney General of California, she instituted a sweep to seize over 1200 illegally-owned firearms. She believes in universal background checks and a renewal of the assault weapons ban.

Raising Teacher’s Pay: Harris believes that America’s teachers deserve a much-needed raise. If elected, she will add an extra $13,500 to their salaries, entirely closing the teacher pay gap through a comprehensive plan that includes a Federal match program with the states.

Amy Klobuchar, one of the more moderate Democratic candidates, is the senior U.S. senator from Minessota. She was considered by former President Barack Obama to fill the seat of late Supreme Court Justic, Antonin Scalia, but was ultimately passed over for Merrick Garland. There has been a lot of talk around Klobuchar’s strange leadership habits, but let’s face it: she is receiving way more scrutiny than her male counterparts who have acted similarly.

Drug Addiction and Mental Health: Klobuchar, whose father struggled with alcoholism, has laid detailed groundwork of how she would tackle the issue of addiction in America. Her plan, which includes affordable access to treatment centers, puts an emphasis on the need for adequate psychiatric care. Though the plan would cause opposition from fiscal conservatives, it’s a step in the right direction for a crisis that is sweeping our nation.

Infrastructure: Klobuchar’s proposal includes a $650 billion increase in federal spending for the infrastructure plan. The money would be spread between the country’s rural broadband, municipal waterworks, school construction, airports, mass transit, highways, and bridges (to name a few). She plans to receive the necessary funding by increasing corporate taxes, rolling back Trump’s rate cut and incorporating some loophole closures.

Elizabeth Warren is a member of the U.S. Senate from Massachusetts and one of the clear front-runners of the 2020 Democratic candidates. Warren’s dreams of becoming a teacher were almost cut short when her family couldn’t afford to send her to college. But, she received a second chance at a commuter college in Texas that cost $50 a semester, and she took a job teaching elementary school students with special needs upon graduating.

After the birth of her first child she enrolled in public law school, She practiced law for a brief period, but soon returned to her first love of teaching, becoming a renowned law professor who taught at top schools including the University of Pennsylvania and Harvard. She served as the Chair of the Congressional Oversight Panel during the Wall Street, the assistant to President Barack Obama, and the special adviser to the Secretary of the Treasury. When Republicans blocked Elizabeth’s nomination to serve as the first director of the Consumer Financial Protection Bureau, she ran for U.S. Senate in her home state of Massachusetts, proving that no obstacle was too large for her.

There are truly so many! Her most famous one is her plan to cancel student debt, which would eliminate college loans for 95% of people by taxing America’s wealthiest. She would also like to institute a universal child care plan, and make it legal to indict a sitting president (yes!). Her reproductive rights agenda would hold Congress accountable for guaranteeing access to abortion and other reproductive rights to the U.S., should Roe v. Wade be overturned. Similar to Gillibrand’s stance, Warren would call for the repeal of the Hyde Amendment and a reversal of Trump’s gag rule.

Williamson, an internationally acclaimed lecturer, activist, New York Times best seller, and praised guru by Oprah and Gwyneth Paltrow believes that fusing the field with love will help send Trump on his way out, and she’s not completely wrong.  Though her viewpoints may be a bit wonky, I encourage you to dig into the deeper meaning of them. Williamson believes that truth can be found just about anywhere, from religion to pop culture, and that simply opening our eyes to the world could make it a better place.

In 2004, Williamson founded the Peace Alliance, an advocacy group that builds support for peaceful foreign policy. Nine year later, she ran for U.S. Congress in California, but placed fourth in the primaries.

Williamson supports reparations for the descendants of slaves, local pre-school and free college, and a Green New Deal. But, unlike her counterparts, she doesn’t have much methodology behind any of her stances.

THE FUTURE IS FEMALE

The breadth of the female candidates is remarkable, each with unique standpoints on the issues at hand, plugging into what our country is really most passionate about in this moment. In an interview with CNBC back in 2017, former President Barack Obama stated that he thinks women may, in fact, make better leaders due to their innate socialization, amongst other reasons. In that same article, the writer cited a study where countless U.S. and international leaders found women more effective than male leaders. The story goes on to say that women are more likely to take initiative, drive results, practice self-development, champion change, build relationships and much more. This is what we need; we need change, we need the ability to learn and grow, we need someone to spearhead our country out of these dark times and back into the light.

Like finding the perfect pair of jeans, investing in swimwear is one of the best items you can buy when your wardrobe needs a refresher. And when there’s an opportunity to invest in a staple feature of your closet, you’ll want to support a Black-owned business. Lucky for us, there are amazing designers that have…

It’s been a long year and your hair is getting even longer. You’ve been holding off until you can safely make an appointment at the hair salon, but that doesn’t seem to be in the cards for you and you’re going to take matters into your own hands…literally. There’s a few things you should know…

Five Tips for Lash Care from the Lash Lady Herself

Lashes can really make you feel like a new person. Whether you rock your natural lashes, a full set of extensions, or a lash lift, we all know that they can be a real confidence booster. But have you ever thought of how you take care of them? Truthfully, we never really did – so… 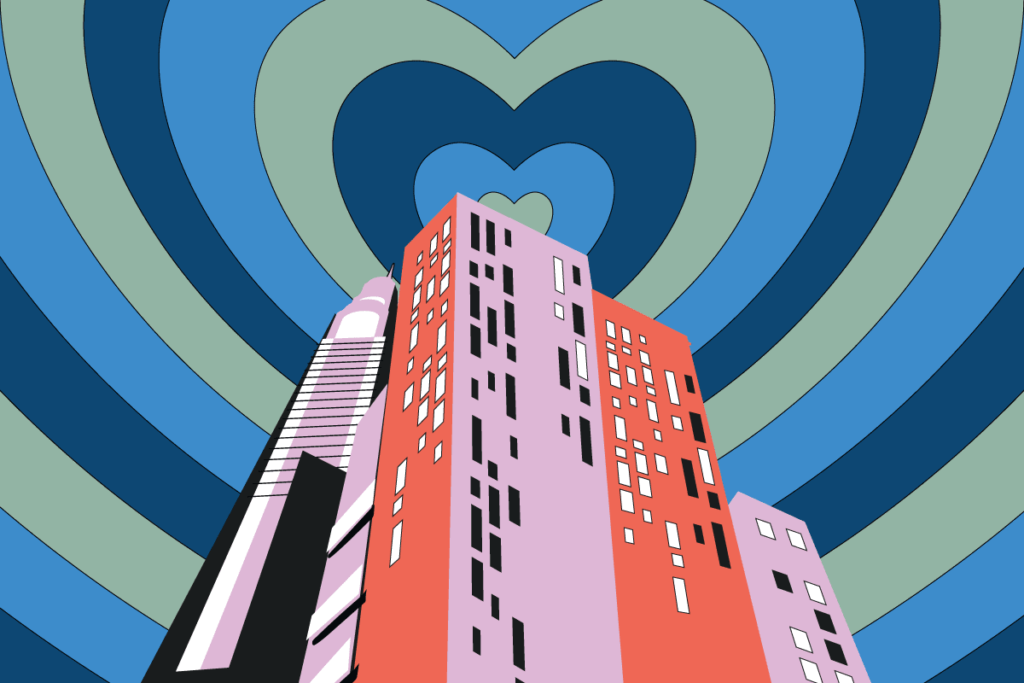