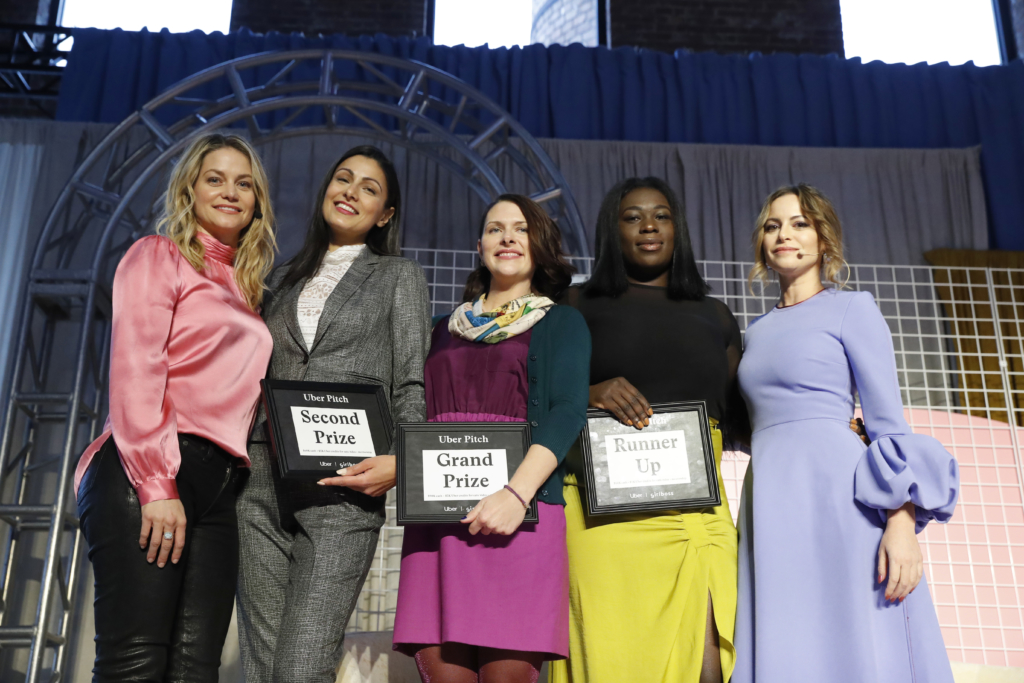 As you may have learned from a story I published a couple of weeks ago, I’ve been involved in spreading the message of #RethinkTheRatio for Uber Pitch, a program empowering women to take control of their destiny by applying to win a cash prize from Uber and give entrepreneurs the opportunity to enter to win financial support, mentorship, and provide the resources they need to level up — no strings attached. The program came to a close at the Girlboss Rally last weekend. Chillhouse was there, popped up for manis and massages, as were over a thousand excited girl (and boy or non-binary) bosses who were eager to learn, listen and connect with one another. Over the two-day rally, I had the pleasure of meeting so many ambitious entrepreneurs who are eager to get their new venture ideas off the ground. Uber and Girlboss were a match made in heaven. I was able to attend the Uber Startup Studio and interview a pitch finalist, and after hearing Uber’s Global Head of Brand Relevance, Erika Decker Wykes-Sneyd’s panel, I’m certain there are new resources set in place to support up and coming female-led businesses.

My weekend started with an interview with one of the pitch contest finalists, Molly Beck, founder of Messy.fm — a platform making podcasts easy for any and everyone to create… and for free. I chatted with Beck about her concept, why she pitched, and what she would’ve done if she won. 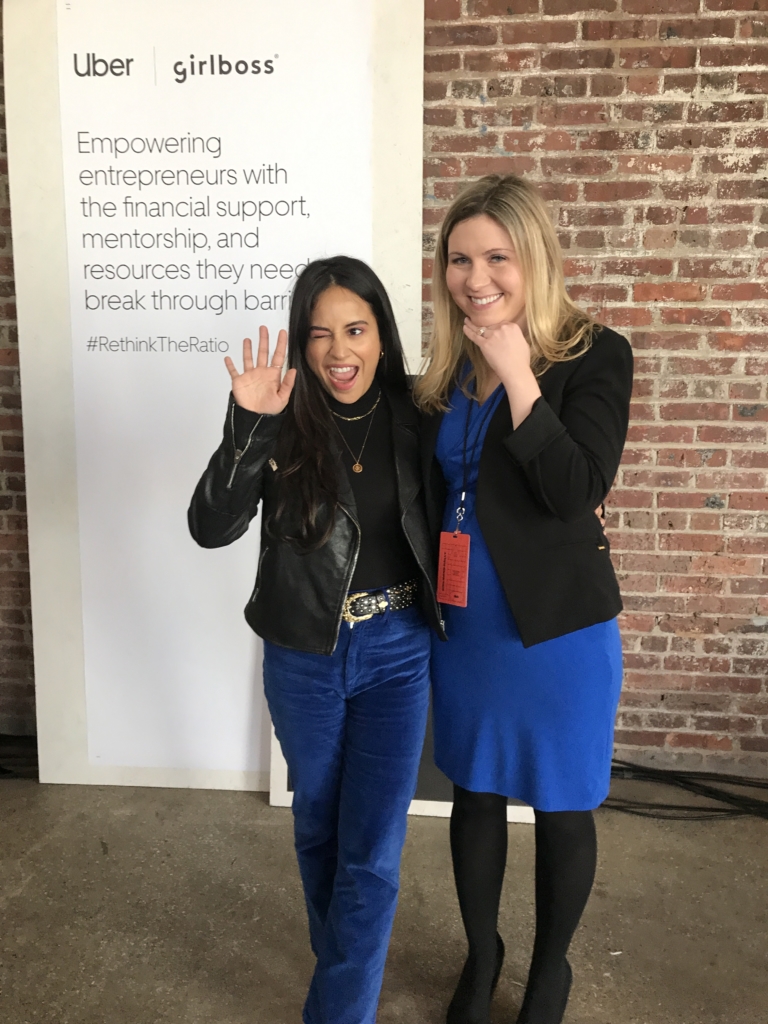 Cyndi Ramirez-Fulton: Tell me about Messy! How long has it been around?

Messy Beck: We launched in January 2018 and currently have around 8k subscribers who are using Messy to create podcasts which are then published on iTunes, Spotify or on Messy itself. You own the RSS feed and can choose to make it private on Messy if you wish. The idea is that you can go to the site and without leaving, you can record, edit, create show art, without even needing a microphone. It’s basically like WordPress for podcasts.

MB: Free! No gatekeepers. Come on in! We monetize when users upgrade to premium features such as access to analytics or one-on-one coaching.

CR: How long did it take to ideate before launching?

CR: Are you self-funded?

MB: Mostly! Randy Zuckerberg recently came on as an angel investor and sits on the board. We have some revenue, as well.

CR: What made you decide to enter the Uber Pitch contest?

MB: A podcaster from Messy sent me the link and I thought to myself — I love Girlboss and what Sophia is doing and thought the Uber Pitch contest would be a really fun way to have access to these great groups of female mentors. That’s what is most interesting to me.

CR: How has the contest changed your perception of Uber?

MB: I’ve always been a fan of Uber. I don’t have a car, I live in LA so it’s how I get around. But I love what Uber’s been doing lately. Arianna Huffington joining their board makes me like them even more.

CR: What have been the biggest barriers you face as a female entrepreneur?

MB: A lot of people I reach out to are happy to meet and chat and at the end of the pitch they say love you, love your business but you’re just a little early for us but I’d love to mentor you. I don’t need more mentors, I need money. And I’m just not sure that if a male cofounder with a viable business model and revenue that has been around for a year would be told the same thing. 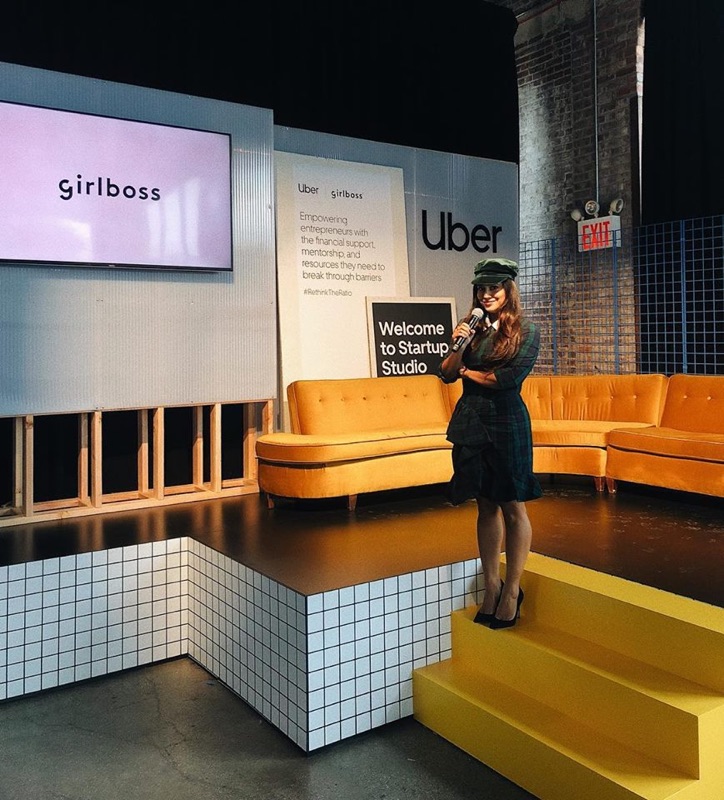 CR: How would you use the reward money?

MB: Six additional months of revenue to 2.5x our user base, and roll out four new paid features, including a feature for advertisers to connect with. Without Uber, I’d have to have a car which would eat into the money I could be putting into Messy.

Sadly, my gal didn’t make the finalist cut but quite honestly, she’s already well on her way. Programs like these shouldn’t only be sought out for the grand prize but should also be entered so that entrepreneurs can refine their pitch and receive the confidence they need to take their business to great heights.

This interview was edited for brevity. This post was sponsored by UBER. However, we believe in providing authentic opinions and thoughts about all products or services.

Aries season is well underway, are you feeling yourself yet? This cardinal fire sign is known for being impulsive, feisty, and incredibly dynamic. Aries confidence is hard to miss, and Aries season only brings out their competitive, go-getter energy two-fold – there’s nothing wrong with that, but you definitely need to remind the Aries in…

The team over at Chillhouse has been going non-stop since the launch of their Chill Tips back in 2020 – with two collections in the books and tons of cult-classic Chill Merch under their wings, it was only a matter of time before they dove into their own formulated products. Since oils are a staple… 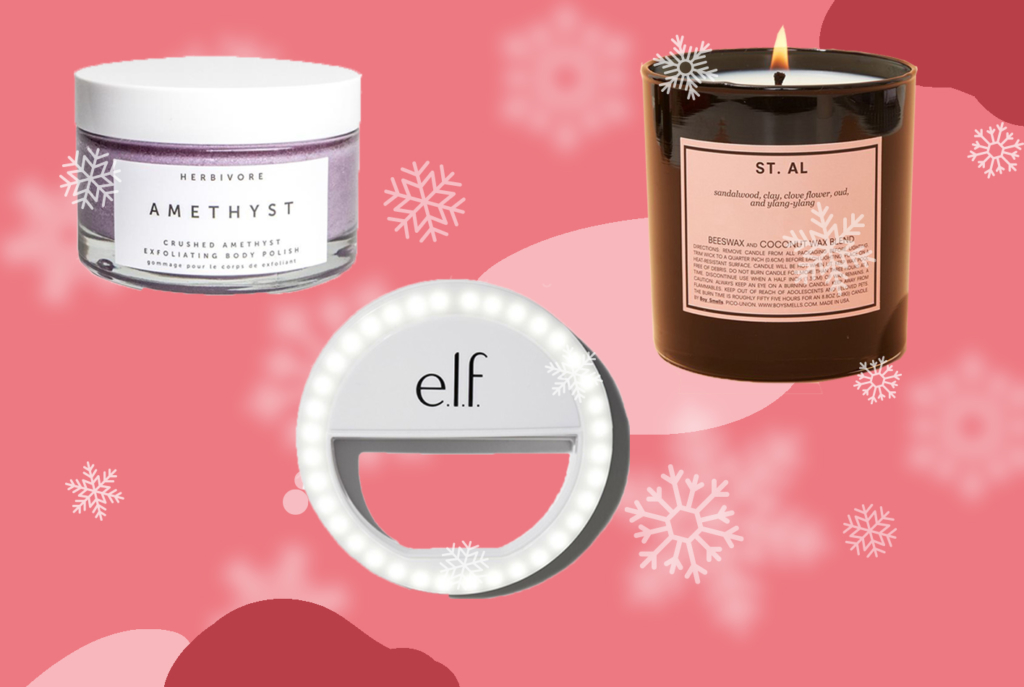