Moving apartments, rearranging furniture, and/or designing from scratch can be a messy experience — literally and figuratively. It is however some of the ways to make home feel like home, especially when having to stare at its walls for what seems like 24/7.

Writer and interior stylist, Dominique Gebru, knows how to make a small space pop and has the Instagram to prove it. From her famous wall-to-wall built-in book shelves, to Article featuring her dining room, you can tell that making a home your own is one of Gebru’s joys. I mean, her Insta bio says it all. “Making home feel good in Washington, D.C.”

“Home is one of the most intimate spaces people engage in”

Aesthetics play a major part in making a space feel like it’s your own. But Gebru also makes sure a space feels good by seeing it as a space of recharge and regularly checking in with herself. Sometimes it’s as simple as keeping things tidy. “Home is one of the most intimate spaces people engage in”, Gebru says. For many, a lot of emotions can come up when thinking about home. For example, she grew up fantasizing about having a matching bedding set. It’s a simple, and some would say, go-to necessity for a home. But it’s also something I grew up imagining because like Gebru, I had mixed-matched sets and had to make due with what was accessible.

Gebru did get more than just matching bedding sheets though. Her most recent space caught the attention of many thanks to her wall-to-wall built-in bookshelves. Even as a renter, Gebru was adamant to spice up her space (and for others to do the same). “Remember that your landlord at the end of the day is a person.” It’s easy to take leases stating you can’t make any modifications to your home with a barrel of salt. But, Gebru says she’s had a lot of positive experiences when reaching out to landlords about painting her apartment or swapping out those “boob” lights she’s not a fan of. It may just come down to settling on a compromise with your landlord and letting them know that you’ll paint the apartment back to its original state.

“In the past I’ve felt that it wasn’t worth it because I’m just renting. But a thought I’m trying to use is that regardless of who owns the roof over your head, we’re all living here temporarily.” Renting shouldn’t equate to living in a home that you don’t completely feel good in. “Remembering the effort that you put in, even if it means you have to paint the space back, it’s worth it because that’s your home and it should feel cozy.”

When I see the home updates Gebru shares on social media, it reminds me to get over that fear of making some unconventional changes in a tiny apartment. So much so, that I included bright geometric sticker tiles on my kitchen floor because I couldn’t bear looking at the stained tile underneath.

Those types of changes don’t have to be expensive either. Most of the fixtures Gebru invested in for her old apartment were from Ikea. Which made me wonder if she had any moving or decor-saving tips, especially for first-time movers. Gebru suggests first focusing on function — think about whether you need a place to sit and read or if you need a workspace in your bedroom. For larger spaces, you can view your living room as a spot where people come together. Plan where people can walk and test out how many of them you can realistically host at once.

When it comes to the fun part — decorating — an inspiration piece can help you ideate on the color scheme and vibe of your furniture. For Gebru that inspiration piece was a rug. Planning out these smaller details comes in handy before a stressful move or renovation. Whether it’s scrolling through Pinterest and pulling photos onto Google Slides like Gebru, or using an organizational platform (like my partner and I shameless did) to plan out home necessities, it saves you from what can easily be a frustrating situation.

Now Gebru and her partner find themselves in a new home journey having just bought a condo. She continues to practice what she preaches and dove head first into renovating one of the bathrooms (that is worth the Instagram follow alone if you love seeing before and after photos).

Home ownership opened Gebru’s eyes to the displacement of people of color that happens when condos like her own exist. This has continued to spark her curiosity on the history of housing in Washington D.C. and her goal to become an urban planner to bring more affordable housing to the city. “We wanted a place where we can start to build wealth. Everyone who lives here wants things that make the neighborhood better.” But Gebru also acknowledges that D.C. has a deeply racist history that permeates the housing system.

“It’s important for people to consider the context within which they’re functioning in the world. Recognize that the neighborhood that you’re moving into might have a really deep history of Black and brown people trying to claim that space for themselves and carve out space in a world that is largely unwelcoming to them.” For gentrifying communities, it’s important to recognize the energy BIPOC have put in the community and consider whether that should be the space to tamper with by moving there.

In all of the places that Gebru has called home, she’s found it essential to set up different zones for the different things you can do in them. When feeling sad, seek comfort through soft textures like a bed or a comfortable chair with a blanket. When Gebru feels happy she goes outside, but when that isn’t an option, bring the outdoors in with some plants. “So that I can bring that good feeling inside”, Gebru says. Here’s to bringing good feelings into our homes!

Dominique is a writer, digital strategist and interior stylist in Washington, D.C. By day, she produces a podcast and creates digital content for the federal government. She spends nearly every other moment living and breathing interior design.

Like the nucleus of a cell, the kitchen is the heart of a house. Everything happens in the kitchen and one could even say life itself happens here too. Birthday celebrations, romantic at home dates, and more. In this pandemic, I’ve been spending almost 85% of my time in the kitchen: experimenting with new recipes,…

Why is Picking Out Art So Hard?

Fantasizing about the way I would decorate my future apartment was a constant mind game I played. Now that I’ve lived in my own space for close to a year, I have yet to fill up my walls with art that speaks to who I am – or at least livens up the place. It’s…

What Your Sleep Pattern Says About You

There are so many different types of sleep patterns out there. Maybe you’re an early riser or a night owl. Maybe you toss and turn or maybe you have really vivid dreams. Either way, it shows something about yourself that you might not know…or maybe you do, in which case you should leave your findings… 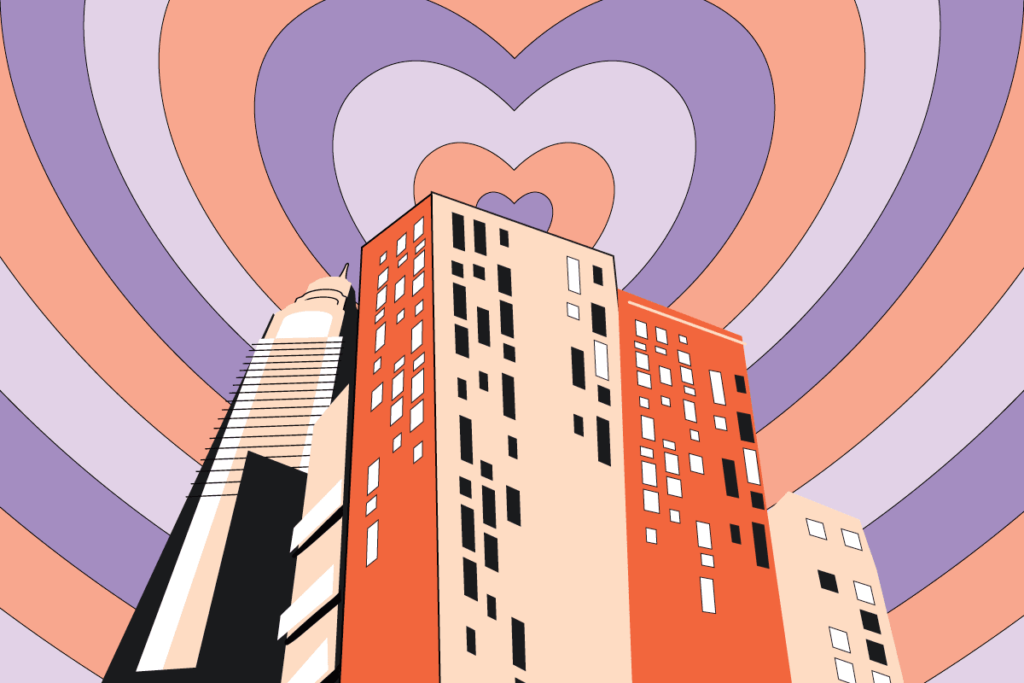